Categorising Languages Based On Difficulty

The following categories group the languages based on their complexity.

Category I: Languages like English, Danish, Spanish, French, Italian, Swedish require about 23-24 weeks of learning. These languages are easy to learn, as they are closely related to English.

Category III: Languages with linguistic and cultural differences like Finnish, Zulu, Ukrainian, Nepali etc. are completely different from the English language. These languages are difficult to learn, and it takes about 44 weeks to become proficient in this category of languages

Category IV: Arabic, Japanese, Korean, Mandarin are complex languages, and it is challenging for native English speakers to learn it. It requires nearly 88 weeks to learn a language under this category.

How Difficult Is ASL? 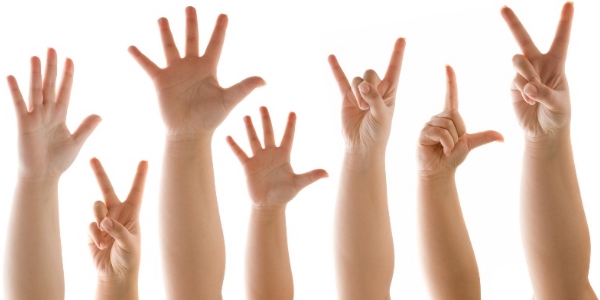 Several researchers are involved in assessing the complexity of ASL. In the year 1980, the Foreign Service Institute stated that ASL should fall under category II. ASL has also been listed under Category IV as it is a complex sign language. It is said that it requires about 1320 hours to gain proficiency in ASL. Thus it is evident that learning ASL is not easy as ASL does not fall under Category I.

Why is ASL Difficult To Learn?

The following are some of the common reasons that make ASL a complex language.

Differs From English: ASL owns a rich set of grammar. It is a self-sustained and complete language. ASL is completely different from English on the linguistic level. The English language is based on phonology and phonetics, whereas ASL is morphological and syntactical. This makes it a completely different language and cannot be compared with the English language. This makes ASL complex compared to other native spoken languages.

Culture Differs: A person with a hearing disability finds it easy to learn any sign language. An average person faces difficulties in mastering sign languages like ASL. The deaf and dumb community follow a unique culture which is different from others. Cultural differences make it challenging to learn ASL

Modality Differs: People who are highly proficient in the English make use of articulators when signing with ASL. It interferes with the grammatical structure of ASL. Thus the learning process of ASL becomes more difficult.

Thus learning ASL is difficult, and it involves various complexities. It is evident that some find it easy to master ASL as a second language, but some find it extremely hard to learn it.

Click To Know More About : The Complete Guide Of The Different Types Of Sign Languages All Across The Earth