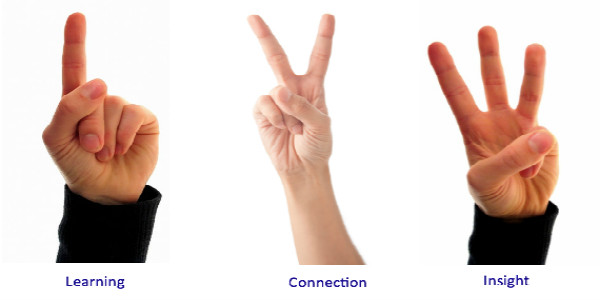 American Sign Language or ASL is predominantly used by the deaf communities of the United States and Canada as a form of communication. Although ASL is deemed to be a sign language, it makes use of several other factors to convey actual meaning to the conversation. These days, many students have started learning ASL as a second language to help them get into top universities for their Professional Studies.

The first thing one needs to remember while starting to learn ASL is that this language does not make use of your hands only. There are several words in the English dictionary that cannot be signed using only your hands. Fr example: the sign for male or female is almost the same; however the male words are usually signed from the forehead whereas the female words are signed near the chin. The signer’s body position also conveys a lot more information towards the conversation. Another factor to consider s in which direction the palm of your dominant hand is pointing. This direction determines the importance of the meaning of the word you are signing. Facial expressions also play a huge role in ASL. For example, raised eyebrows are usually used when talking positively about something, whereas a furrowed brow indicates something negative or a WH question (where, what, why, when)

The mouth also has a role to play in ASL. For example, if you were talking about where particular object or place is, you would open your mouth wide pen to indicate it is far away, you would show your teeth to indicate it is nearby and close your mouth to indicate an average distance. Some people also open and close their mouth repeatedly to indicate that they have understood what you are trying to say. In fact, some people even use their tongue as part of the conversation while using ASL to convey what they mean or are trying to say.

If you have ever wondered how names are signed in ASL, it is actually quite easy. Since it is not possible to have a universal symbol for all the names in the world, fingerspelling is used. This basically means that the name of the person is spelled out using the different symbols for each letter. Once the names have been established, they are often referred to again via the first letter of their name; this makes conversations go by faster. Most first time ASL learners find it difficult to follow a conversation that uses a lot of finger spelling. In such cases, it would be wise to advise the other people in the conversation to deliberately slow down their finger spelling so that you can follow.

Some of the commonly used words in English are also replaced by their first letters to make the conversation flow smoothly. For example, OK is replaced with the letter O, High School is HS and so on. This more or less depends on the people who are having the conversation in ASL. Interestingly, finger spelling is more common in ASL than in other sign languages like PSL, etc. One way of becoming fluent in ASL is by conversing with as many people as possible. You can try attending deaf community events and chat with new people to get a better understanding of ASL.