In a country that has more than a hundred languages that are currently being spoken, and countless more that have gone extinct, sign language has only recently achieved a big milestone.

The Indian Sign Language is used by the hearing impaired all over India. It has existed and  evolved for over a century. With over 5 million people who are hearing impaired, there are over 700 schools that teach sign language. Sadly, this hugely disproportionate ratio results in wider lack of knowledge of sign language.

But communication is vital and even if one doesn’t know the right sign language, they end up learning languages they have never heard or spoken.

The compilation of the Indian Sign Language dictionary is a big step toward bringing the hearing impaired under one single language that will make communication easy.

The massive task of sorting and compiling more than 7000 words that will be used in academic, legal, medical, technical and routine conversations was done by a mixed team of people who were hearing impaired, deaf and non-disabled.

Released officially in 2018, the dictionary translates sign language into Hindi and English. It is also available in print and online editions. 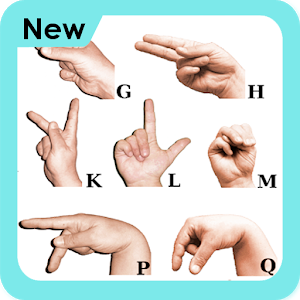 Indian Sign Language (ISL) is very scientific and has its own grammar. Unlike other languages, ISL is not a written language. The ISL dictionary aims at developing bilingualism and grammar. Those with hearing disabilities can learn by themselves and use it for public communication.

The dictionary was also compiled with the aim to remove all barriers of communication within the deaf and hearing impaired communities.

Sign language in India is vast because of the cultural, geographical and historical context. The ISL dictionary uses important reference points from the British and American dictionaries. Yet, there are some stark variations for even the simplest of terms.

The terms “marriage” and “tea” are not denoted by the same signs all over the world. In India, the holding of hands denotes marriage, while in ASL, wearing a ring symbolizes marriage. Hence, the perception of culture and traditions have a strong influence over how sign language varies across the world.

Given the variations of sign language within India, the ISL dictionary had to come up with standardization of signs, meaning that one sign will carry the same meaning for the entire hearing impaired community across the country.

The ISL dictionary is extremely helpful because each sign is accompanied with a photo illustration with the corresponding Hindi and English word.

The dictionary is also looking to be spruced up with an addition of 4000 words. For the very first time, words pertaining to agriculture will be added to the existing list. The project will be carried out by the Indian Sign Language Research and Training Centre.