If you wish to boost the communication skills of your baby, it is best to teach them sign language. It helps them to easily communicate what they feel before they obtain speaking ability. In recent years, educators and researchers have determined that sign language is not only best for the babies (in their first few years) but also good for people who can hear. Obtaining and utilizing sign language helps adults and children in a great way. Let us discuss the benefits in this blog.

Growing popularity: ASL or American Sign Language occupies the fourth position in the most learned foreign or modern language at universities and colleges in the United States. It is popular and has a larger percentage of enrollment than the first three language courses. There are several sign language courses in the world and around two million speak American Sign Language only in North America. It is said to be the fourth or third most used language in the United States after English and Spanish. 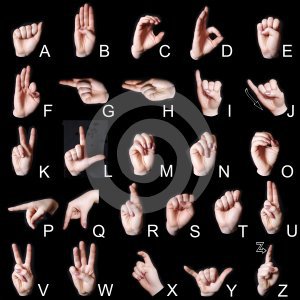 Recently, research has shown that children with sign language skills like ASL are found to have better spelling skills. It serves as a tool for memorizing spelling words and thus plants a strong imprint on the brain. Each of our muscles consists of our mini memories. When we include a sign to the word you spell orally, it becomes simple to remember.

Some teachers have included sign language sessions in their hearing classes and they have found better classroom management. For example, using signs for certain things like questions and toilets helps in reducing interruptions. It also helps the students to track lectures easily.

Most people think of their native language or English when it comes to language. But language consists of several features like emotional language, body language, and more. A recent study showed that people who know sign language have exceptional abilities to track general body language, which is an important part of communication.

Just think of ways where you can communicate apart from using spoken words like sending roses to denote the message love. Do you know that different flowers have several emotional messages? In the same way, sign language assists in communicating emotions and permits people who cannot express emotions to express feelings through their signs.

Basic knowledge of sign language serves as an excellent communication for police officers, firefighters, and professional civil servants, and also stock traders, scuba divers, and more. Language competency and cultural wellness are important when it comes to working with deaf people or people who find it hard to hear in any setting. It is possible to talk in sign language through windows or with a mouthful from a distance. Do you think that deaf people could not hear music? In reality, hearing people are not aware of the literary arts that exist in sign language.

No comment
Vramaratnam - How Persons with Disabilities Qualify for Civil Service Position?

Thanks for sharing this article. More Information about Chartered Accountants firm in Chennai Visit: Chartered...

Pat - The detailed understanding of the American Sign Language

How long is the course? Where is it held? What is the cost?

Poorvi - Higher Education for Physically Challenged Students Around the World